What happens in Vegas apparently doesn’t stay in Vegas when it comes to Royalty.

Pictures have emerged of a naked Prince Harry after spending some time in Vegas playing strip pool. Obviously, he isn’t great at it as his pictures display a less than clothed Prince. I predict that this isn’t the last ‘boys will be boys’ story that will come out on Harry. His energy screams fun and he loves to be playful, which can sometimes get him into trouble. He is witty, speaks his mind and likes to take jabs at his friends whenever he can, which can sometimes come out politically incorrect.

Will the Prince Ever Settle Down?
It is Prince Harry’s playfulness that makes him charming and well liked, and he doesn’t apologize for it either. I do see another Royal wedding in the future, but don’t hold your breath, it will be another few years before his cousins Eugenie and Beatrice can wear some any new crazy hat attire.

His Spouse
His wife will have to allow Prince Harry his freedom and independence. He doesn’t like to be told what to do, and I see his wife being intelligent, strong and opinionated too, but loving and forgiving.

Health
Prince Harry will have to watch his weight and stay motivated to working out, or else they show his middle growing larger and he will look back on his nude pictures of today and wish to look at svelte as he did.

About Kristy Robinett
Kristy Robinett is a world-renowned revolutionary Psychic Medium and Author whose involvement with the paranormal began at the age of 3 when she began playing and communicating with spirits, labeled imaginary friends by her parents, which was totally unacceptable.

Kristy specializes in bringing humor to what most fear and inspires all ages to ignite the light within them so that the fire of inspiration continues on. It's Kristy’s down to earth style, honesty, sense of humor and warmth that makes her a sought out coach and speaker.

Kristy has worked with a number of paranormal teams throughout the United States on paranormal cases, along with law enforcement as a psychic detective and psychic profiler.

Kristy has been profiled on many radio and television shows. She's read for a blushing clientele of Who's Who in Hollywood along with law enforcement, clergy, politicians, physicians, attorneys, domestic goddesses, and local celebrities. She also teaches psychic development and paranormal investigating at local colleges.

Visit www.tangledwishes.com see upcoming events or to contact Kristy for a session. 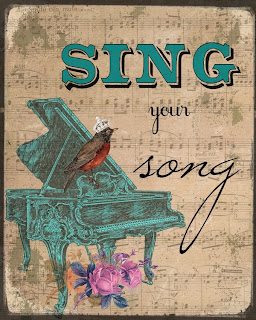 Call me a wannabee teenager. If you have seen my office with its bright colors and fun pictures, you already knew this.

I got the music bug when I was in 3rd grade and I saw the Broadway show musical Annie. That same year I auditioned to be an orphan on Broadway. For the couple weeks before the audition date, I memorized each and every song, over and over, and over and over some more and daydreaming about being chosen and touring around the United States. I had never auditioned for anything and there I was, all of 10 years old (I think),dressed in a church dress, with my long hair carefully combed, and standing on the stage of the Fisher Theatre, standing in front of Broadway Producers  while hundreds of little girls were dressed in dance clothes with stage moms by their side.  Shy and nervous, I joined a group of about ten where they had us sing “Happy Birthday” instead of a song of our chose. I was heartbroken, but I made that song my own, as the judges on American Idol would say. And then we were taught some quick dance steps. I honestly couldn’t keep up as I never had dance lessons and they called the steps by name - “Do a sashay, then a chassis, a fallover, a pivot step, a ball change and finally end with a jazz split.” What? Needless to say, if you Google my name along with the Broadway show Annie, you won’t find me there. They said they liked my singing, told me to go get some dancing lessons and come back on the next audition. Afterwards, my parents signed me up for dance and I found my love of tap, jazz and my strong dislike for ballet. There would never be another Annie audition. I went on to do grade school plays, high school theatre, college theatre and finally community theatre. It helped fulfill something within my blood that I longed for.  Every time I see a Broadway show, I miss the stage. I actually ache for it. Last year when we saw Wicked, my husband saw the look in my eye, and was actually worried that I would get the ‘bug’. Doing theatre takes up so much time, and I am already limited with mine. However, when there are Broadway and singing type shows on television (or the movies), I gulp it up and regress to my stage days. The Glee Project did that for me.

I was so excited that they did a Glee Project – Season 2, after my love of the first season.  My only issue with reality television is that I don’t know how to hide my psychic abilities, and I know who the winner will be, but I still watch and I see who I think would be the best fit. Last season I agreed with the finale, this season I agreed with the final three they had, but not as a whole. Who did I want to win?

She was a bubbly blonde who was consistent week after week, until they paired her up to kiss another girl and said it was convincing and they didn’t know how to write her into the series.

So as I watched last night’s episode, the rest of the contestants showed up to help with the last video and Shanna shined once again. It was hard not to miss her vibrant energy and her incredible talent.

I wish all of these kids all the best and just know that there is a musical future for each of them (honestly, they are better than most that audition on American Idol or the other singing competition shows). So I thank Ryan Murphy, the creator of the show for indulging my musical fix, and allowing me to drool over the choreographer and mentor Zack Woodlee.  Hey, he’s a guy that isn’t afraid to cry! So even though my ability ruined it for me, I still was able to vicariously live through the show. 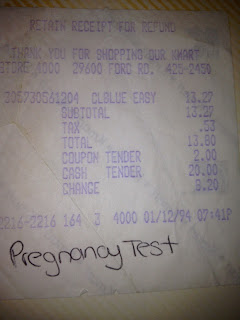 Eighteen years ago. Eighteen years ago today, August 10th, I was having incredibly horrible headaches, I had been vomiting for days, was nauseas, feeling as I was the size of a whale, couldn’t see my feet and cried constantly that the baby just needed to GET OUT OF ME.  The next next day, August 11th, after a routine OB/GYN visit, I would be sent to Labor and Delivery at Hutzel Hospital in downtown Detroit with the staff perplexed as to what to do. The baby was breach, facing the wrong way, and I had pre-eclampsia. Preeclampsia and eclampsia are most often characterized by a rapid rise in blood pressure that can lead to seizure, stroke, multiple organ failure and death of the mother and/or baby. They determined that baby was good, but I was not and so a C-Section was ordered for as soon as possible. They warned me that I would have to be in ICU for a few days just to be closely watched, but they promised that I would be able to hold her. I didn’t have time to mourn the idea of not having a normal labor, instead I found myself strapped to an operating table, covered with a paper gown with my husband holding my hand as I threw my guts up and uncontrollably shook all through the surgery. I still can remember hearing her tiny cry, them telling me that she was completely healthy, and handing her to her daddy who let me look at her beautiful face and kiss her forehead. It was love at first sight. Her blue eyes sang stories only an old soul could sing. We named her Micaela Brooke. 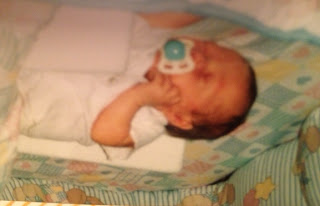 I was sent over to ICU for several days, and on the first day awoke to a dozen red roses that her father had brought me with a card thanking me for gifting him a beautiful daughter. The nurses awed over the sentiment. With so much pain medication, I dozed in and out, barely being able to hold her and not at all able to bond with her. I was finally switched over to a regular room where I slowly began to feel better and was able to do normal mommy things, like change her diaper, wash her, and feed her. After what felt like months, but was only 7 days, they finally let me go. I just wanted my own bed, my own home. 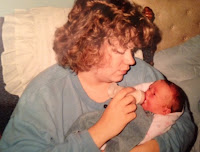 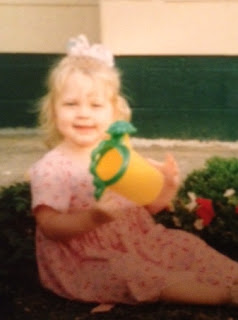 Micaela’s room was completed, but she was a month early, and so we didn’t have everything situated. I was actually planning on going into work the day I was sent to the hospital! Being a new mom, I just figured that she would sleep in her crib, but realizing that I was still in pain, and didn’t want her too far away from us, she ended up sleeping in her baby stroller for a couple months. And sleep was something she rarely did. She ended up having colic and cried, and cried and cried. The only thing that would calm her were car rides, but once we pulled into the driveway, shut the car off and reached to get her, the cries only started again. She was a happy baby, but bedtime was painful for all of us. Flash forward 18 years later, Micaela is a night owl and therefore I have concluded that it wasn’t colic at all, she just didn’t want to sleep when it was dark. 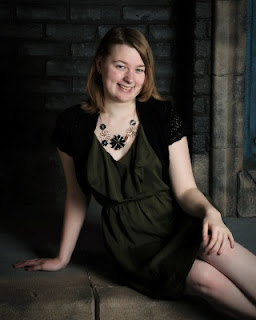 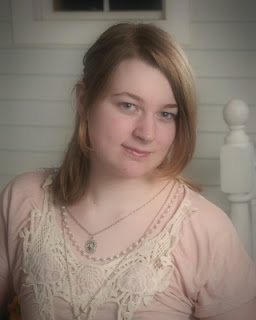 In a couple weeks we will pile her belongings into our car and move her into a dorm not far from the hospital she was born at. I realize it is cliché, but it is true that it seems just like yesterday when we brought her home. There are many regrets that I have of those 18 years, most of all that I wish I could’ve spent more time with her. Taken her to her field trips instead of worked. Sat down and colored with her instead of doing the dishes. Laughed more during her childhood, and not cried. Held back my temper with her (but she IS a Leo and gosh darn it, it is hard!). Set aside frustration and impatience and let things rolled off my shoulders. But regrets only make you sad and hung up on the past. Instead, I want to remember those very fast 18 years with happiness, and I suppose some happy tears too. It doesn’t matter the number, she will always be my beautiful baby girl.