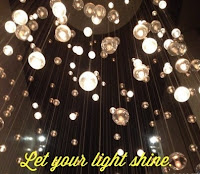 This time each year I receive calls and emails from television and radio stations asking for my New Year predictions. In previous years, I have reluctantly done them. I say reluctantly because I feel as if the predictions they are looking for are drama filled like - “I see several storms in this part of the country/state and will kill this many people.”
Since the Connecticut shootings on Friday, I have received over twenty phone calls to do prediction shows or to offer my psychic predictions on the tragedy. I have said thanks, but no thanks, and explained that as we emerge into 2013, I want to focus on the positive road and not the tragic. On Facebook I witnessed a person trying to gather people to travel to the school in Connecticut in order to do a paranormal investigation, and I reminded him of what Emerson wrote, “The meaning of good and bad, of better and worse, is simply helping or hurting.”  I was appalled (and still am). There is a place, and a time to do paranormal investigations, and then there is common sense and compassion when that time comes. Nobody likes or wants an ‘ambulance chaser’. I sort of feel the same way about making worldly predictions. Mass predictions don’t help prepare, they only feed into the fear hysteria.  Emerson also said, “Write it on your heart that every day is the best day in the year”.  I don’t need the ‘I told you so’ when a prediction comes to fruition, instead I would rather write the story of how I want to see things go, and make every attempt to open those doors. I would rather not put the fears out there. I want to visualize that the world is a good place, not rip it to shreds.
One of the father’s who lost his six year old little girl in Friday’s tragedy asked that we "not turn <this event> into something that defines us, but something that inspires us to be better, to be more compassionate and more humble people." And if someone who is in the midst of the devastation can ask for peace, I think we can too. We don’t have to turn this into a Civil War where society fights if guns kill or killers kill, or blame a political party. On Friday, I actually had to turn the television off and spend time with the family, hugging them, and doing what Mr. Parker said – try to become inspired instead of getting angry, because much like with 9-11, it was easy to get overwhelmed into the sadness and the despair of not being able to do anything to help take the ache away. We cannot surrender to hate and fear, however. We have to persevere. We have to grow. We have to shine.
As December 21st approaches, according to those who subscribe to the ascension belief, they would say that this is the end of the world--not the human race--but the end as we know it. We are being tested. Are we passing or failing? With the light, there is dark, but the light must shine brighter or else we all become consumed within the abyss. And so as December 21st nears, more of these dark souls will come forward and try to take as many light souls with them. Don’t let anybody or any situation take your sparkle or shine away.
In the night of death, hope sees a star, and listening love can hear the rustle of a wing.
~Robert Ingersoll
So instead of offering predictions, as we prepare for the New Year, I ask instead that you shine bright, my friends, shine bright.
Love,
Kristy Robinett
www.kristyrobinett.com
Posted by Psychic Kristy Robinett at 4:20 PM